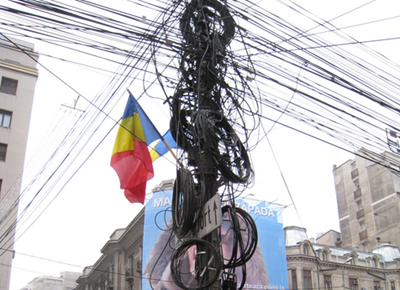 There are reasons to why you might want to overload a web role with multiple Web Applications. The first one is because you can! And the more practical reason would be for saving actual dime. Why bother creating another web role when you can fit a few more into the one that you already have?

Well, actually there are reasons why you might want to do that. But let's not focus on that. This post is going to discuss the steps to create multiple web applications on a single web role.

1. create a cloud project with a single web role

First let's create a normal Azure cloud project with a single web role. You could have Asp.Net MVC, webform, up to you.

We don't want to run this on the local Cassini webserver so let's turn it off by right clicking on the properties of the project > tick don't open a page.

3. publish both apps to the file system

Eventually, we want to include the two web apps to our Cloud project (one is hooked up at the moment already, but we're going to change that). The way we could reference a web app is by its physical location. So to avoid azure packaging up all our source code, let's publish the site to a different folder for e.g. publish\webappname

Let's do that by right clicking the project, pick publish ’¦, pick file system.

Do them for all web apps including the one that gets created by the web role for consistency. 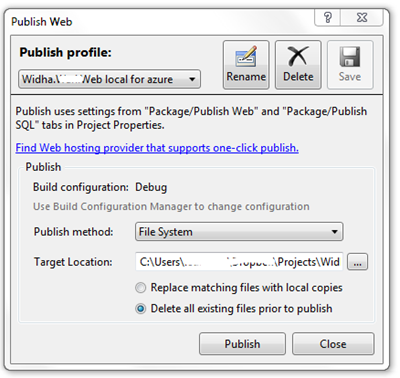 Now that we have the two web apps deployed to the local folders, let's change the .csdef so it points to those two published web apps like such

for more details and other options (such as using host headers, you definitely want to do this when hooking up different app to different domain names) read on https://msdn.microsoft.com/en-us/library/gg433110.aspx

Andy Cross posted on this same topic on his blog last month. It's a nice post, but I find slightly confusing to read. So I thought I'll share my version here.