With Asp.Net, I like pushing out my core classes into a separate assembly. To me, the Asp.Net project itself is really just an enclosure, a host if you like. The same goes with WCF services.

With Sharepoint 2010 I like to do a similar thing:

The problem is: we can no longer debug/step through the code from Visual Studio.

This is because the assemblies are treated as an external assembly that Sharepoint reference to.

The fix is simple, we want to enable debugging to not just ’˜My Code' but also to include the ’˜external' assemblies. 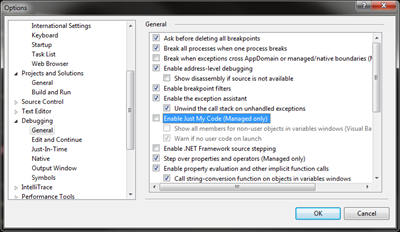 That is enough, but unfortunately, it will try and resolve all the .Net core assemblies too. Since it won't be able to find the PDBs, it'll try and fetch it from Microsoft symbol servers. Let's disable that, otherwise going to a debugging session will take a long time. 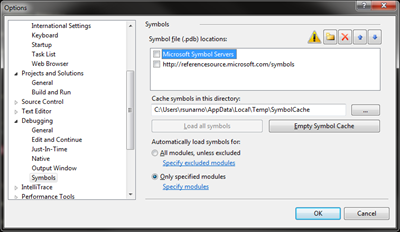 To make it even faster, let's specify only to debug into the specific assemblies by selecting Only specified modules and click on the link.

You will be able to enter wildcards, such as Intranet.*.dll 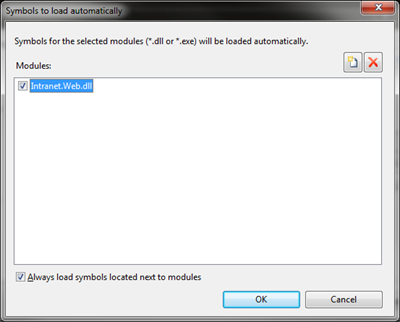 That's it. You can now debug into the referenced assemblies.