Just last night, Apple announced the Apple iPad. With all the momentum that had been building so high for the past few months, I feel that the iPad announcement could only be a dissapointment. Boy how can I be more wrong! So infectious it's frightening. 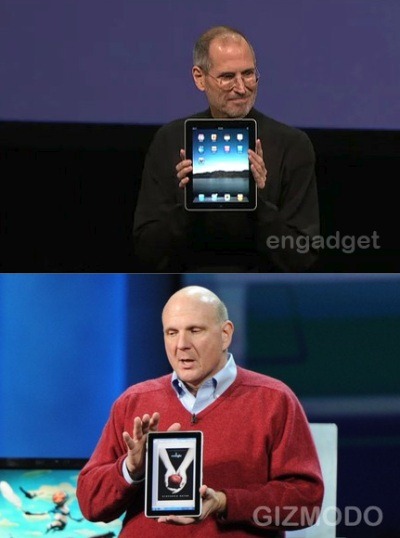 It will be everywhere

With the ability to work on spreadsheets, read newspaper/books/papers, connectivity to projectors, connectivity to both wifi and 3gs network, Apple could really have a clear shot taking over Windows as the enterprise platform of choice.

Not only a one trick Pony, the same argument could be put in any verticals. Imagine iPad as medical record pad, music sheet, midi controllers, media remote control, smart house controller and more. The possibility is endless.

Apple successfully created a platform (both software/hardware) that is inspiring. Something that Microsoft have been trying to do with Surface. It won't be long before everyone manage to find the need of getting an iPad.

Unfortunately, I don't think Apple's pushes any envelope in terms of technological innovation with this new product. Despite its impressive speed and responsiveness, I don't see anything innovative out of this device.

What worries me even more as a developer is, it looks like Apple isn't investing enough on its development platform (at least from my : the outsider's- perspective). Many people seem to think Objective C is an archaic language, incomparable to the likes of Java or C#.

I sure hope products like Appcelerator Titanium, MonoTouch from Novell and support for Html5, Flash, Silverlight can change the trend here.

I think the most impressive part of Apple iPad is not its responsiveness nor design, but its pricing. Starting USD$499, who wants to buy a Windows XP/7/Linux powered netbooks? Everyone will queue up for the iPad for sure, and instantly evangelized to the other side.

If people think they've seen the halo effect with the iPod, wait and see once iPad hits the market in a few weeks time.

What does it mean to Google, Microsoft and the rest?

Microsoft's attempt on the Slate device sadly has been just adequate. I really wish Microsoft would have answers other than just Windows. I love Windows 7, but as we all know, we can't solve all problems with a single tool.

Google's attempt on Android has been awesome. But without multi touch, I don't think it can seriously compete with Apple, especially looking at where the trend is going.

It's the time to stop lodging for intellectual property and innovate.

Technology as broad as multi touch should not be exclusive to one vendor, ruthless Digital Rights Management as stopping from other players to enter the platform (Google Voice, Flash player) should not be allowed and losing these battles would mean say goodbye to innovation, even human rights.

Apple's approach in controlling everything from hardware, software to 3rd party software will have adverse impact to the IT industry in general. I really hate to see when there will be only one processor, video card, power supply, OS, software to rule them all.

Stop the secrecy and dictatorship! Open and innovate! Even Microsoft have started opening up for goodness sakes. 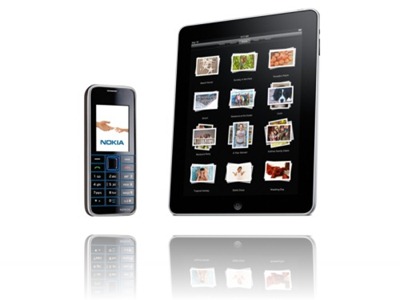 Nokia 3500 classic: at least I know where both iPad and slate got their design inspiration from

Do you think Apple is putting a brake on innovation with the iPad?