Initially I thought Windows Azure was designed only for high scale websites which therefore doesn't have any room for relational data. However, I didn't realize that Microsoft also have SQL Azure.

I registered for SQL Azure CTP a little late (in early September 2009) and totally forgot about it until Hammad Rajjoub (MVP Connected Systems) Twittered about it.

So I thought I'll have a quick play at it and see how it works.

Upon putting my invitation code and creating myself an administrator account, I get the following simple screen. There are only a few action here, generate a connection string, create and drop a database. 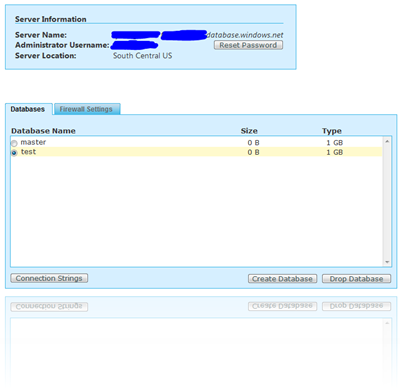 There is also a Firewall Settings tab to restrict access by IP address. By default, no access is given to anyone.

Note It takes a few minutes for the settings to take into effect, so don't be surprised.

There's also ’˜Allow Microsoft Services access to this server' tick box, which I assume need to be selected should you use this SQL Service with Windows Azure. 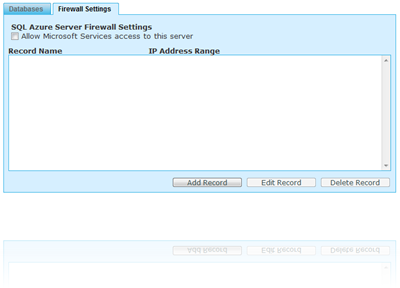 What's annoying is apparently you can't use any of the SQL Server Management Studio Express 2005 versions nor the Visual Studio 2008 Server Explorer. Both displayed error dialog even though being able to connect to Azure SQL successfully. 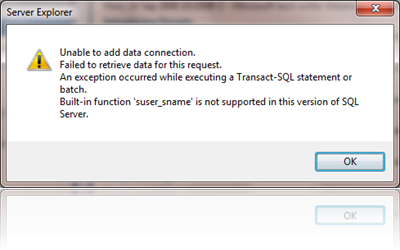 However, apparently it works on SQL Server Management Studio 2008, with a small workaround. Get the free version here: Mangement Studio Express 2008.

Also, you could use these tools (kudos to Bill Zack : Architect Evangelist team at Microsoft):

SQL Azure Migration Wizard. This wizard helps you to migrate an on-premise SQL Server 2005 or 2008 database to SQL Azure. It creates the necessary scripts required to do the migration.